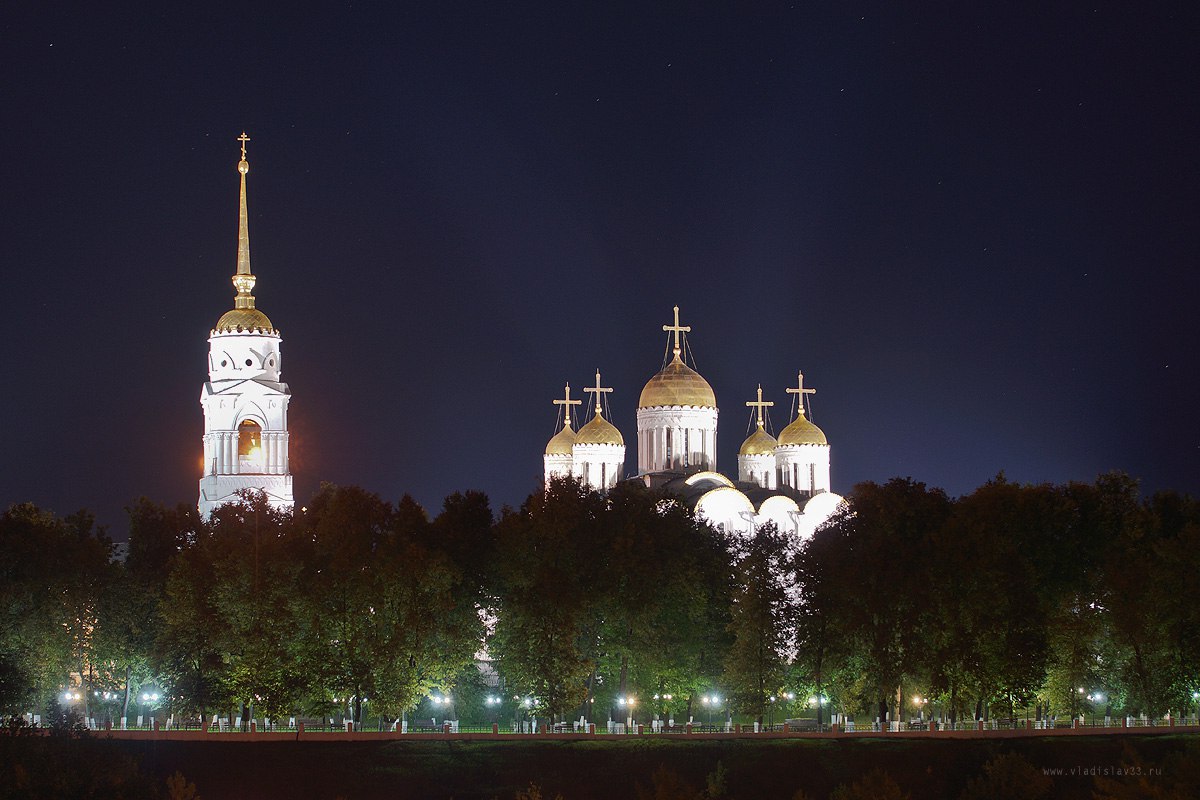 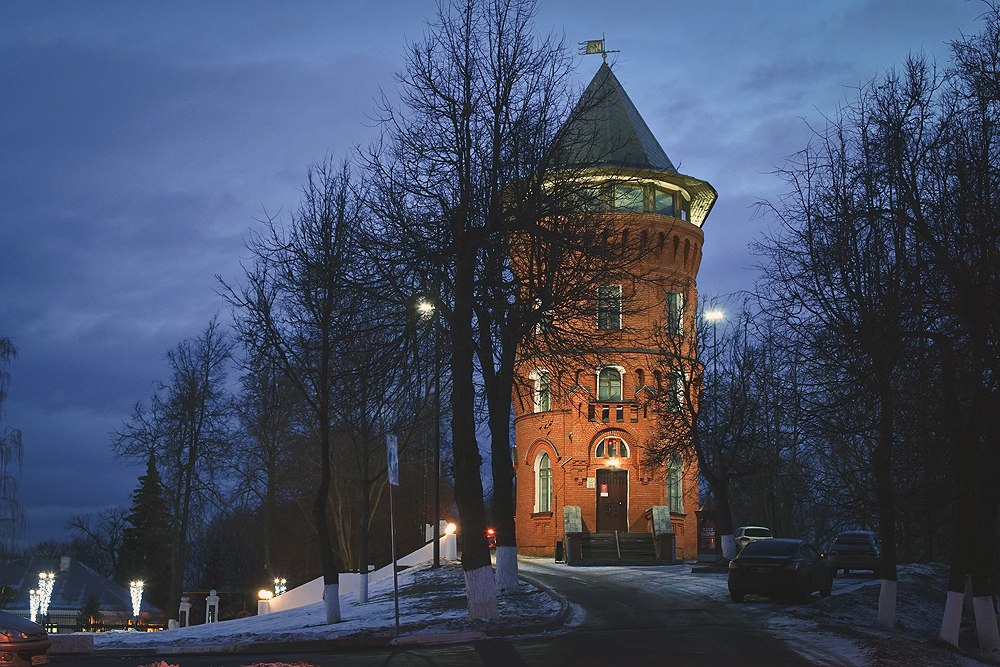 In Water tower there is an exposition «The old Vladimir». Recreated the interiors of the room in the house of a wealthy citizen, the Church shop, police station, restaurant with traditional samovar, painted trays and many bottles and decanters. 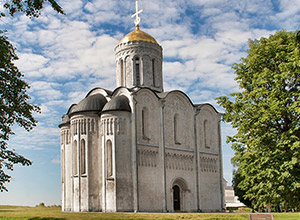 A unique monument of Vladimir-Suzdal white stone architecture and plasticity of the Pre-Mongolian time. Tthe Cathedral in the name of the Saint Dmitriy Solunskiy was erected in the 1190-ies by the Prince Vsevolod Urievich the Big Nest, who was given the name Dmitriy in baptism. 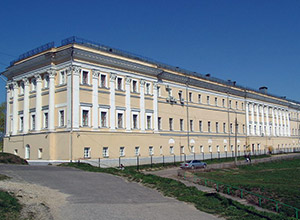 Museum complex is located in the center of the city, between the ancient cathedrals, in the depths of the old park with fountain and alleys. Designed for... 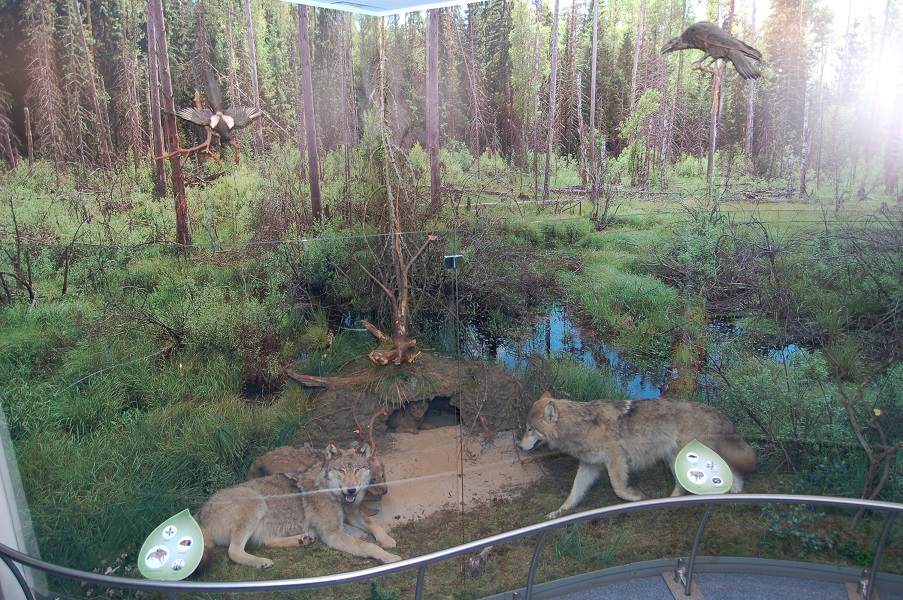 The Museum of Nature

In 1990 Vladimir-Suzdal Museum-Preserve opened in Vladimir the first permanent "natural" exhibition «In the world of animals», which in 1997, after reorganization has received the name "The native nature". 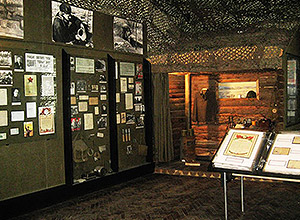 The Museum of military glory

The Museum of military glory has several exhibition halls - stationary exhibition expositions. The exhibition is based on the original documents and photographs, letters, awards, personal belongings of participants... 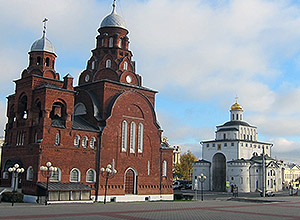 A unique Museum of Crystal is situated in the building of Trinity Church, near the Golden gate. Its exposition includes about 1000 specimens of crystal and approximately 100 of the finest works from the porcelain... 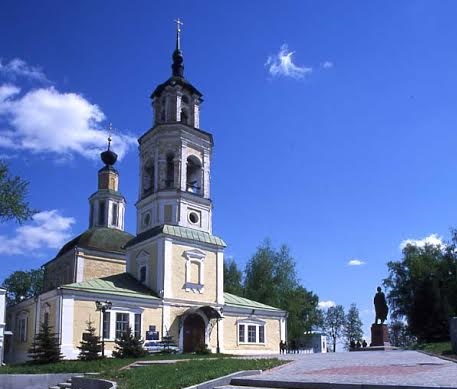 The planetarium was opened on the 28-th of April, 1962, in the historic center of Vladimir in the building of the Nikolo-Kremlevskaya Church. It hosts lectures on astronomy and astronautics, biology and ecology, geography and history - more than one hundred different lectures! 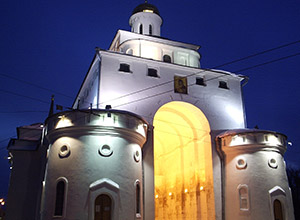 A rare monument of ancient Russian fortification.The building was constructed of white stone in 1158-1164 by Vladimir Prince Andrey Bogolyubskiy as the main combat and entrance tower of the fortress, сreated by him. Of the five outer gates of the fortress, survived only the Golden. 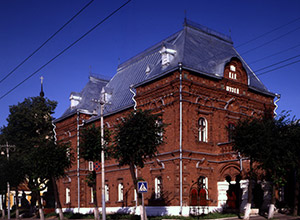 Currently the building houses the exposition of the State Vladimir-Suzdal historical-architectural and art Museum-Preserve "Museum of history". The building was designed by architect P. G. Begen. 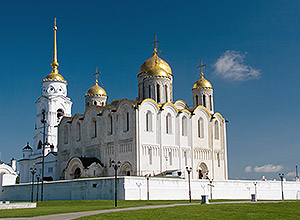 A unique monument of Vladimir-Suzdal white stone architecture of the pre-mongolian time. In the middle of the XII century Prince Andrey Urievich Bogoliubskiy turned Vladimir into the capital of the Suzdal Principality. 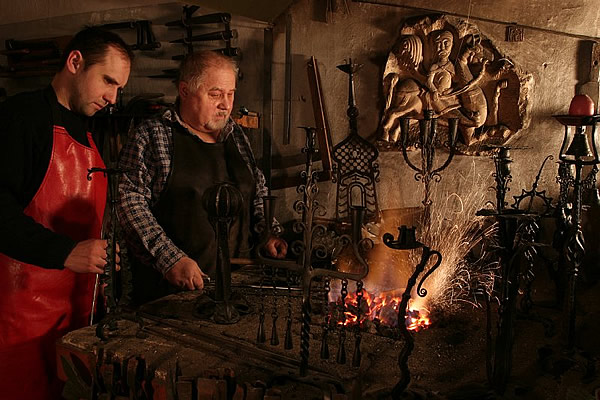 The smithy of hereditary Borodin blacksmiths, located in the center of ancient Vladimir, is the center of preserving the smithcraft and folk traditions. 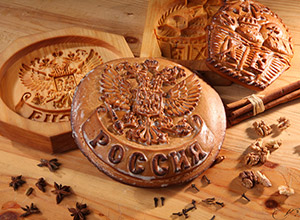 The House of Gingerbread

You will be told about the ancient traditions and rituals connected with gingerbread, and about how to make gingerbread in our time. The old recipes require a special technology of baking, which is strongly followed by the masters of «The Museum of Gingerbread». 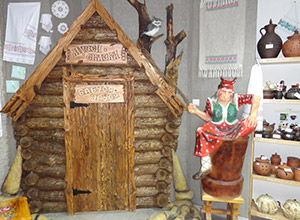 The private interactive Museum of fairy tale characters. You will visit the dense forest, which strikes fear into people, will see the estate of Koschei and, of course, will be able to meet... 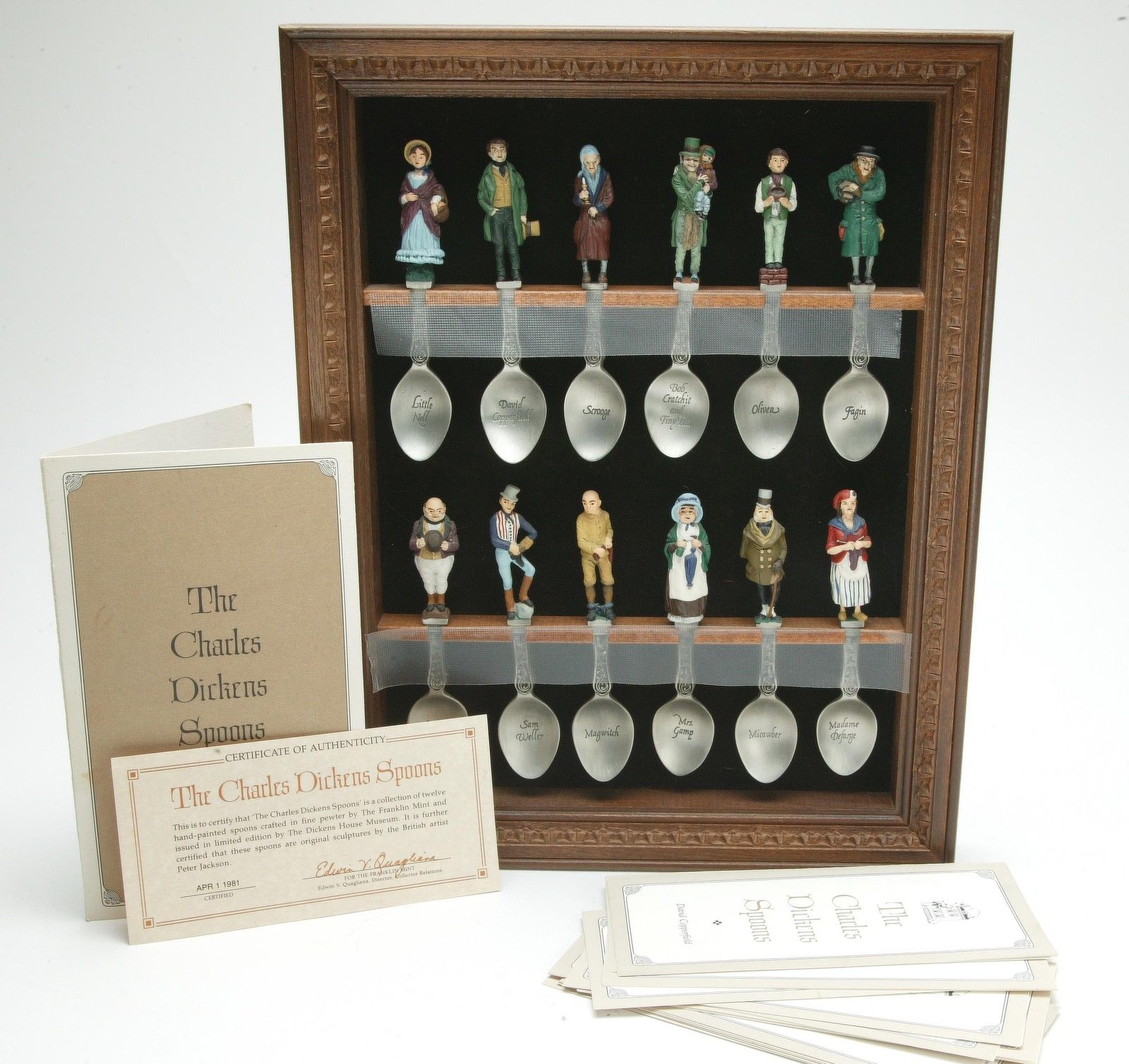 The private museum of Spoon

The private museum of Spoon was opened in June, 2015. The private collection represented here, gathered over 20 years... 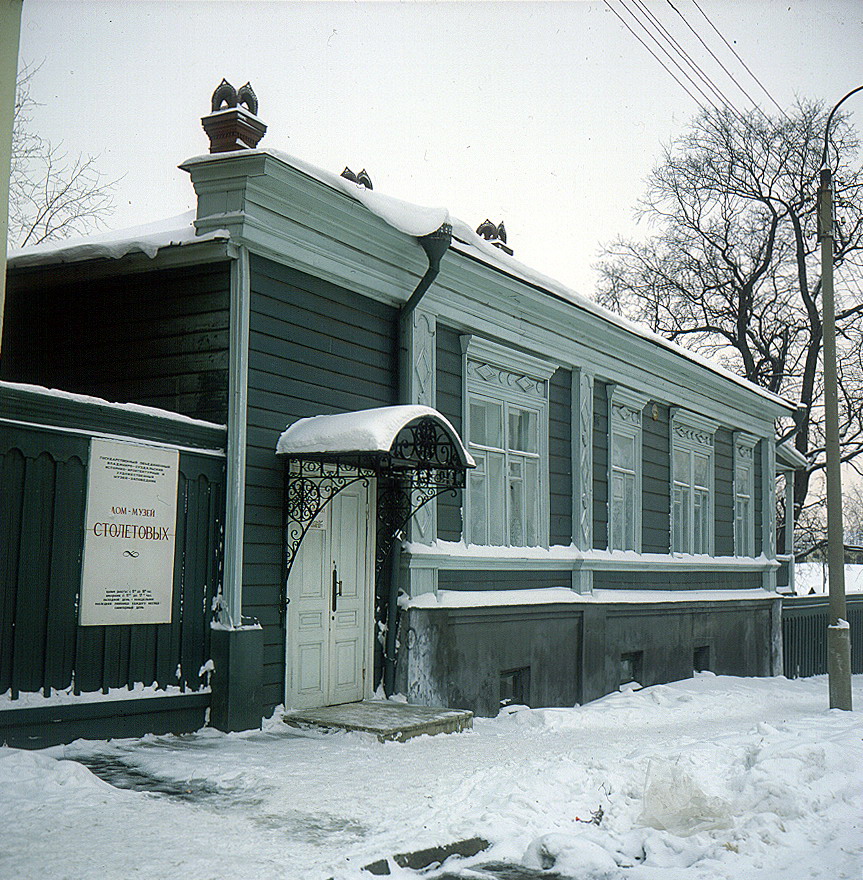 In the Museum with great love recreated the interiors of large and small living rooms, in other rooms - things, telling the lifestyle and interests of the whole family, about the scientific, military, diplomatic activities of Stoletov brothers. 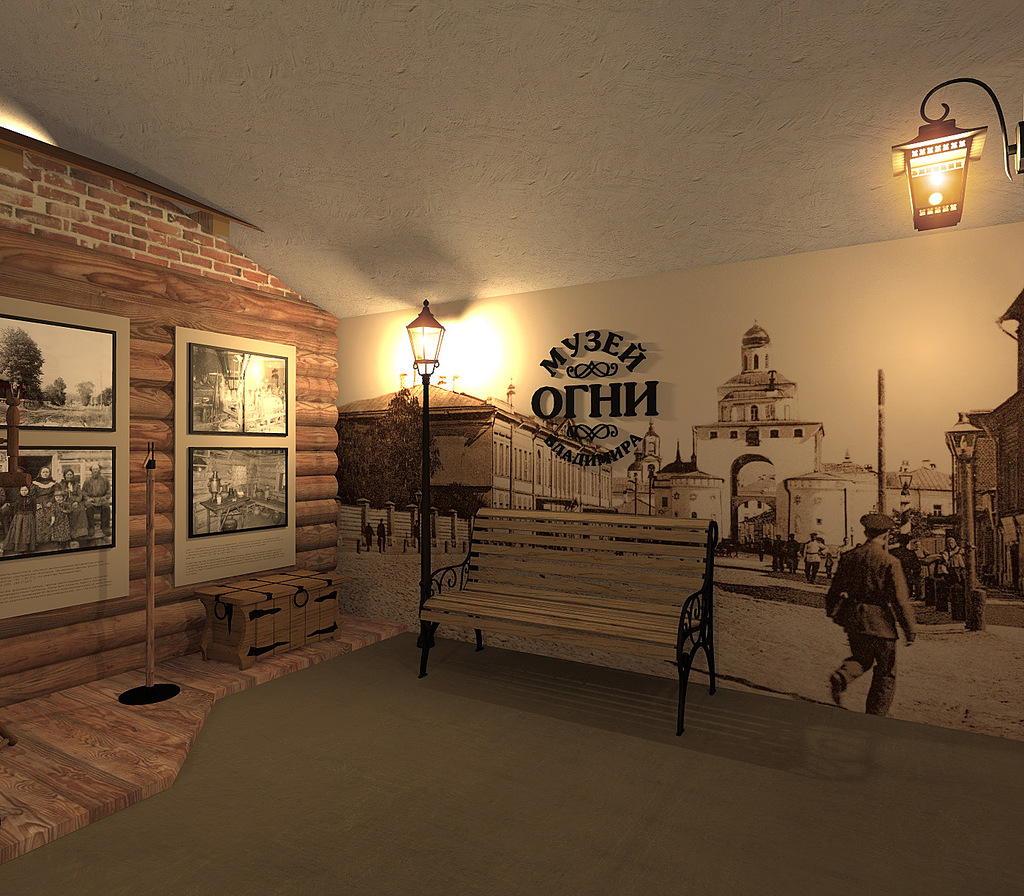 MUSEUM «THE LIGHTS OF VLADIMIR»

When visiting the Museum "Lights of Vladimir" you will learn how the city was illuminated in the old days, how the dwellings of different segments of the population were illuminated.