Most importantly, the city of Vladimir is famous for its masterpieces of ancient Russian white stone
architecture. Vladimir is the city with a millennial history. It was founded in the late X century by the
Prince of Kiev Vladimir Svyatoslavich on the high bank of the Klyazma river, on
the border of Zalesie and Opolie. In the early XII century the town was fortified by Vladimir Monomakh,
and in the middle of the XII century Vladimir became the capital of the Vladimir-Suzdal
Principality, and the whole of North-Eastern Russia. 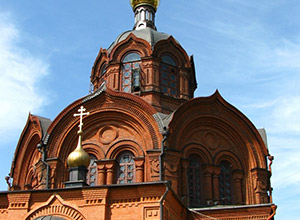 The church of the Archangel Michael 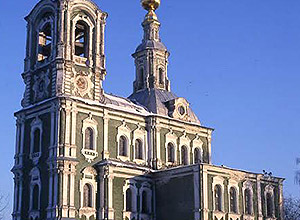 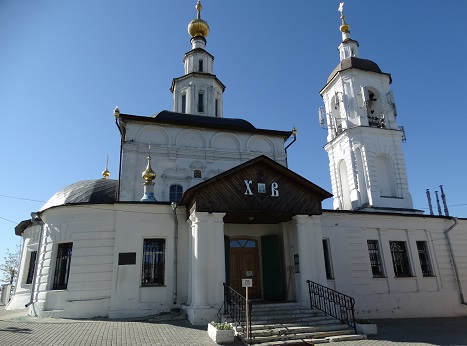 The Church of the Ascention 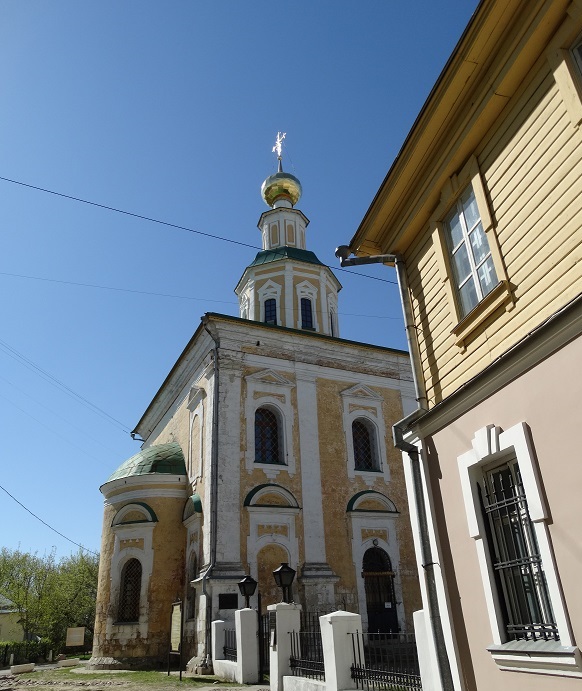 CHURCH OF ST. GEORGE THE VICTORIOUS

In the very center of the city of Vladimir, in the "Earth City", there is a church in the name of the Holy Great Martyr George the Victorious. It is mentioned in the chronicles along with other churches built by Grand Duke Yuri Dolgoruky. As it appears in the ancient records of this church. 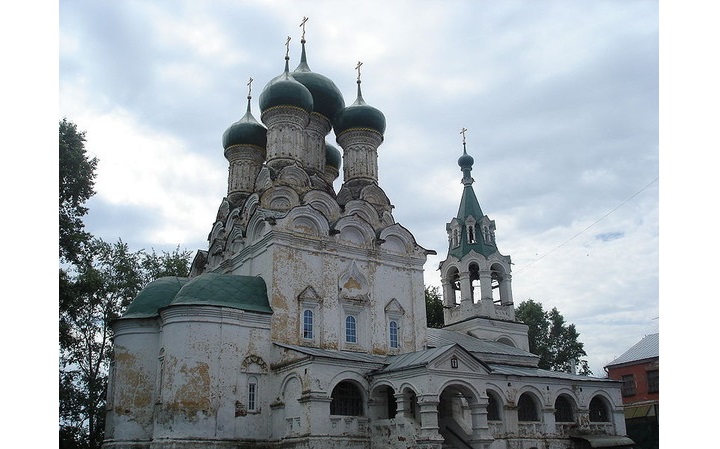 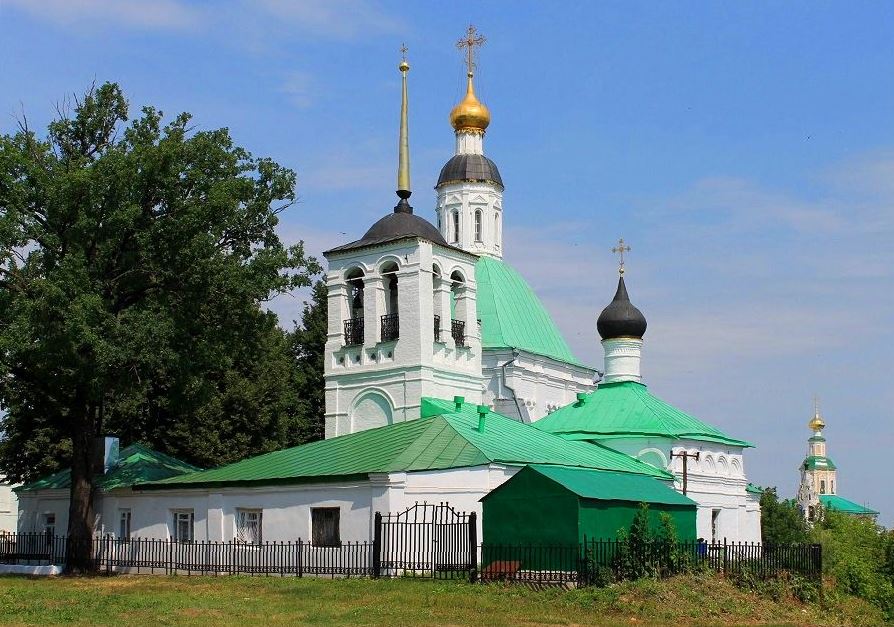 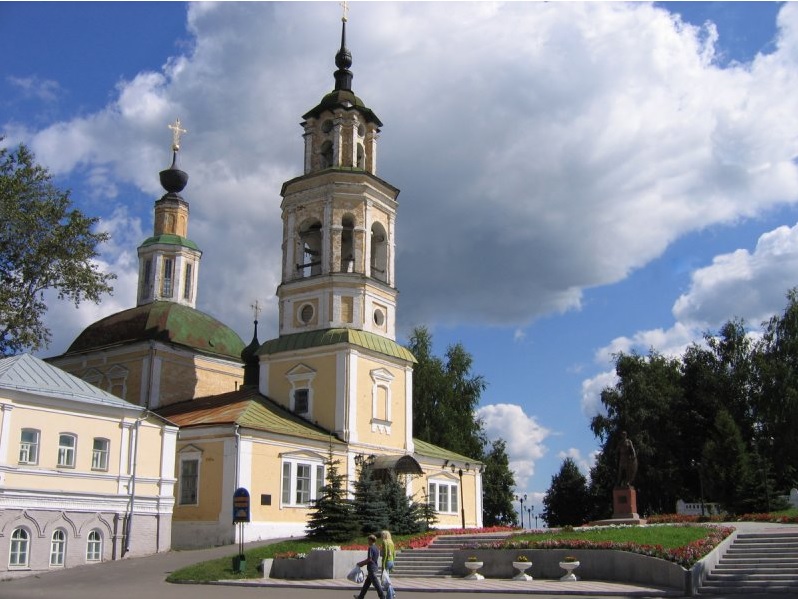 A stone church with a four-tiered bell tower appeared on this site in 1769. Until 1719, there was a wooden church here. It didn't last a hundred years when... 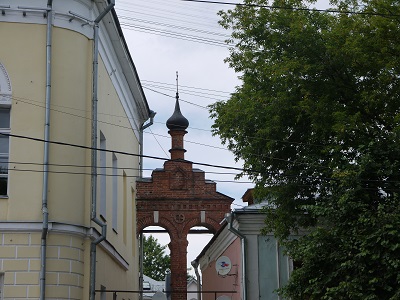 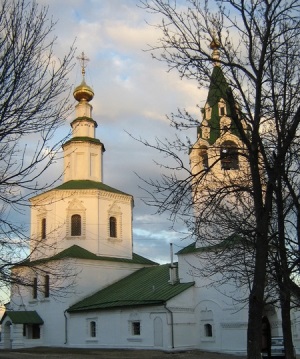 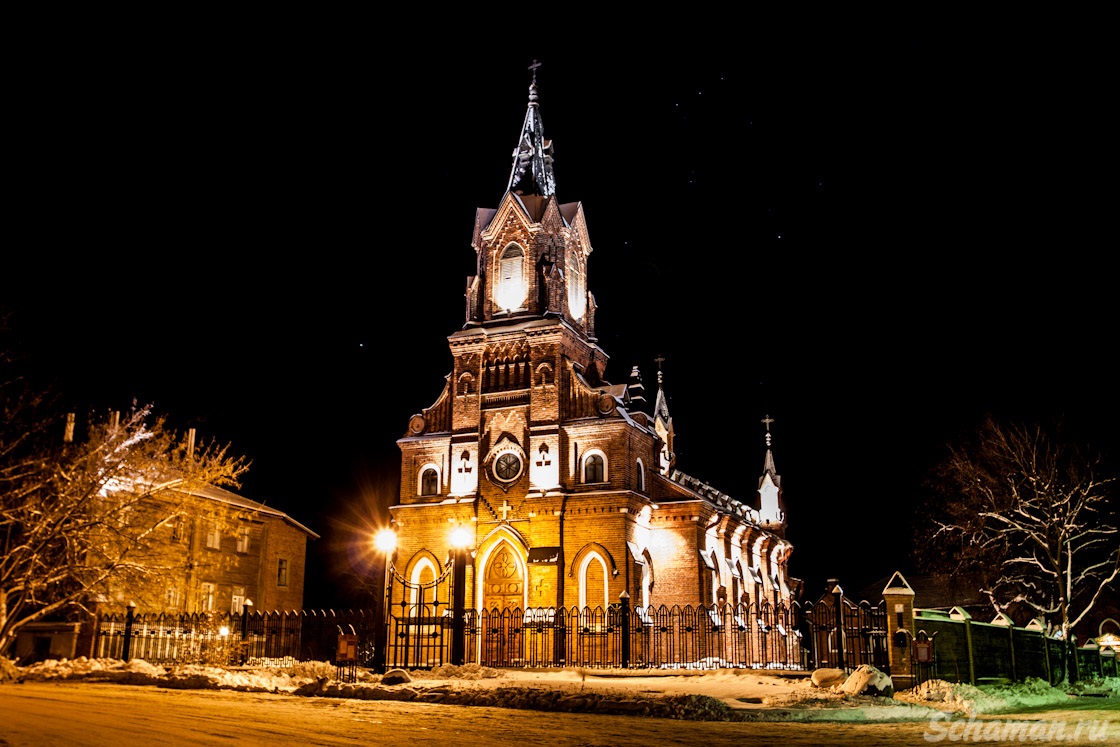 The catholic church
of the St. Rozary 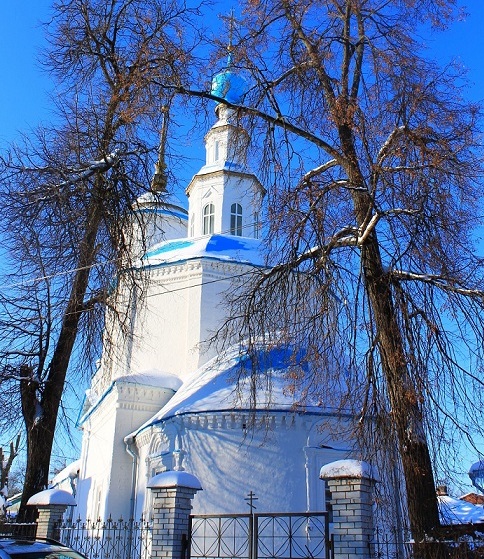 Muzeynaya street, 8
(on the Old cemetery)

МThe Mongol invasion of the XIII century had undermined the might of Vladimir: the architectural tradition was stopped, many handicrafts were forgotten, the town was desolated. However, Vladimir retained its political primacy among the Russian cities: to become a great Prince, to obtain the Golden Horde “ label” on the Great reign of Vladimir was needed. In 1263, "the sun of the Russian land went down" – died the hero of "The Battle on the Ice", a skillful diplomat and a military leader, the Prince of Vladimir (1252-1263) Alexander Nevsky (the grandson of Vsevolod the Big Nest). For 460 years before transferring to St. Petersburg, his ashes had been buried in the Nativity monastery in Vladimir.